Often referred to as the gateway to Scotland, Glasgow is that - and so much more. Buzzing with cultural, sporting and entertainment activities, it's a lively city packed full of choice. That might be what draws people to Glasgow, but the quality of life and great career opportunities are what keep them.

The city offers a great lifestyle, as it's probably the best shopping and nightlife destination outside of London. If you're looking for a flat here, you're sure to have a good time, and should you need some time out, there are plenty of parks and open spaces. In Glasgow, there's more green space per square mile than any other UK city. Hopefully some will be on your doorstop.

Glasgow doesn't just impress locals and visitors - it impresses the judges of many awards, doing well on those 'best of' lists. To name just two, Glasgow has been named the friendliest city in the world and the UK's coolest city. We're sure locals would have a lot more to add to the list.

As well as being fun, it's an easy place to live. It's well-connected, with good transport links to nearby cities and towns, as well as further away via the international airport. Glasgow also boasts The Clockwork Orange, which is what locals call the subway system. It's efficient and you can get around all 15 stations in less than half an hour.

If you're working in the city centre, it's a great way to get around. But where will you be travelling from? Glasgow has a range of properties, with houses and flats from different eras - one of the most well-known and recognised being tenements.

These traditional Victorian sandstone properties can be full of period features, and are known for space and high ceilings. There's even a conservation area for these tenements in Hyndland.

Where should you look for a flat in Glasgow?

There's a lot more choice than tenements, though. Let's start the suggestions in the city centre - it is, of course, a desirable place to get a flat. Merchant City is just east of the centre, enjoying a great central location near all the attractions of city life.

The West End is another popular spot, particularly with young professionals. Look out for some great townhouse conversions. G11 and G12 postcodes are the most desirable - try any of the following: Dowanhill, Glasgow Harbour, Hillhead, Hyndland, Partick, Partickhill and Thornwood. The Royal Botanic Garden's area is also desirable, with exciting development plans for the future.

Many areas in Glasgow have had a resurgence in recent years, with the area around Argyle Street being the hotspot. Expect a similar thing to happen to Dennistoun, just past Merchant City, but still within walking distance of the centre.

We also can't forget Shawlands, in Glasgow's Southside. With the right balance of accessibility, open space and entertainment, it's a great place to search for a flat, and has become a popular place to live in recent years.

Find your ideal flat with s1homes

Glasgow is often referred to as the UK's second city, thanks to its sheer size and economic performance. Unsurprisingly, it has a competitive property market.

But with s1homes, you'll find loads of flats for sale in Glasgow. With new listings every day and our email alerts, you can always be among the first to find out about new property.

Would you like to register?
Switch to Rental
Alert already saved

Flats for Sale in Drumchapel 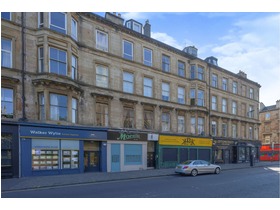 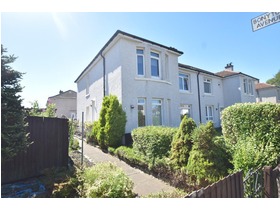 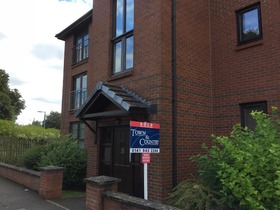 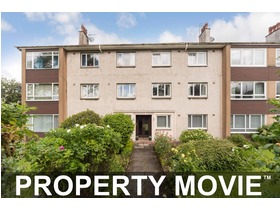 We can help. Get a free valuation from a trusted Scottish agent today.
Find out more
Alert already saved
Switch to Rental